Every year Kekkilä-BVB produces 430 000 m3 of casing soil for the mushroom industry, 175 000 m3 of that goes directly to the Dutch market. Despite their relative size, the Netherlands produces approximately 300 000 tons of mushrooms a year, making them the 4th biggest producer of mushrooms worldwide after China, Poland and the USA. Producing this many mushrooms in such a relatively compact geographical space has led to some interesting innovations for Dutch fungiculture.

Modern day mushroom farms are made up of multiple long climate-controlled chambers with shelves of mushrooms stacked on top of each other. To successfully produce fungi, the chambers must be climate controlled for the various stages of growth. 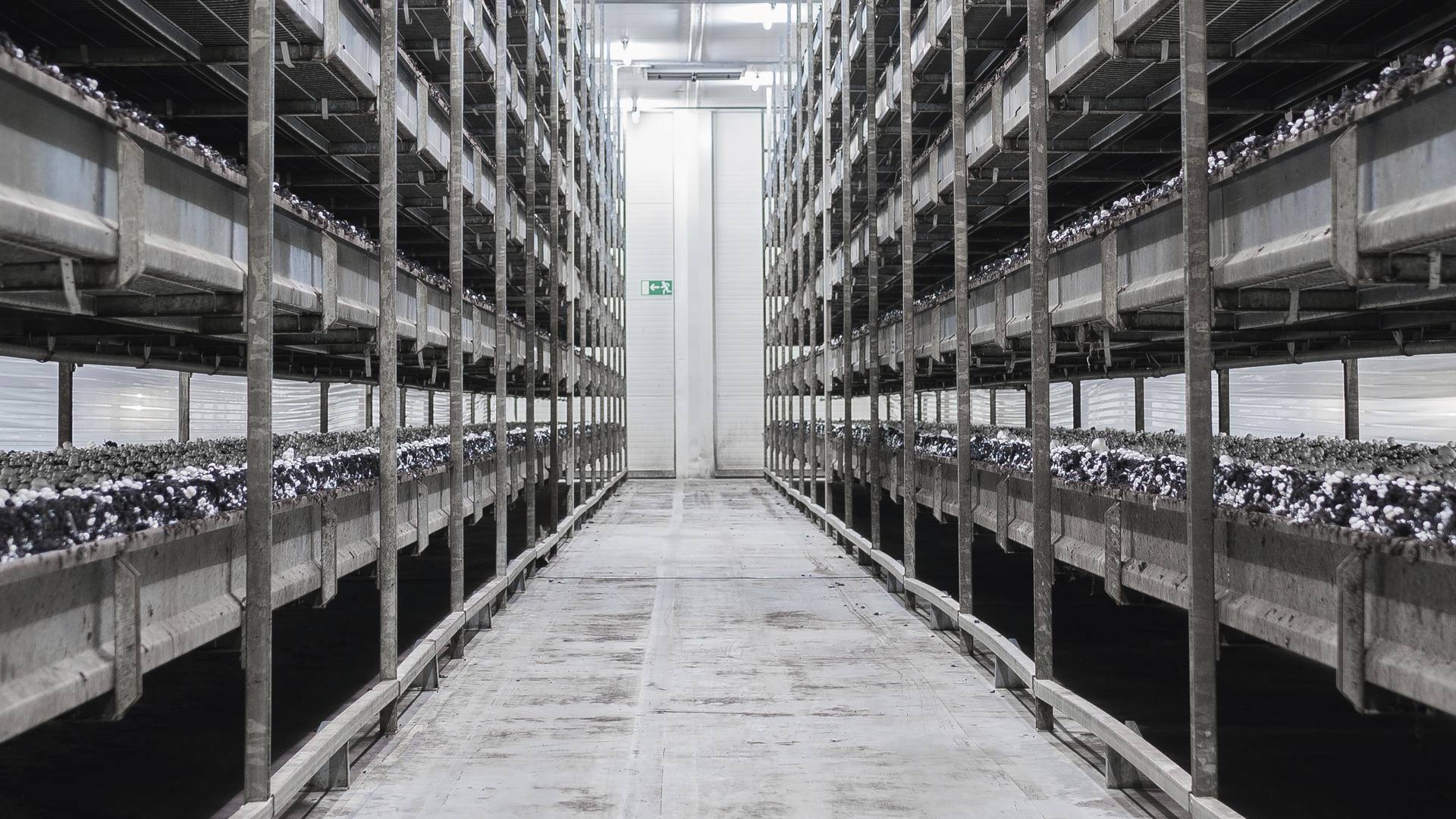 The first three stages of the mushroom growing journey are done outside the mushroom farm by professional compost companies. For the first stage, composting, the composters regulate water and ammonia levels and add fertilizers. During the second stage, pasteurisation, they use heat to remove the now unwanted ammonia and any other potentially harmful microbes. The third stage, also known as spawning, relies on very particular temperature controls of above 24-27 °C to produce a substance called mycelium. Mycelium is the vegetative part of fungus, put it simply, it is the stuff that helps break down surrounding organic matter to produce your mushrooms and created a white sheet of webbed threads across your substrate. For the fourth stage, the composters then deliver the new substance to the mushroom farmers where they add our high-performing casing soil. Casing soil is made with peat and provides microclimate that allows the mushrooms to flourish.

Fun fact: For every cubic metre of peat used we can grow between 1100 to 1200 kg of mushrooms

Once the casing soil has been added you can increase the amount of nitrogen to ensure high yields. The final step, and some argue is the trickiest is called pinning, which is where growers must regulate temperature, CO2 levels, and humidity to garner the right number of mushrooms of the needed size. 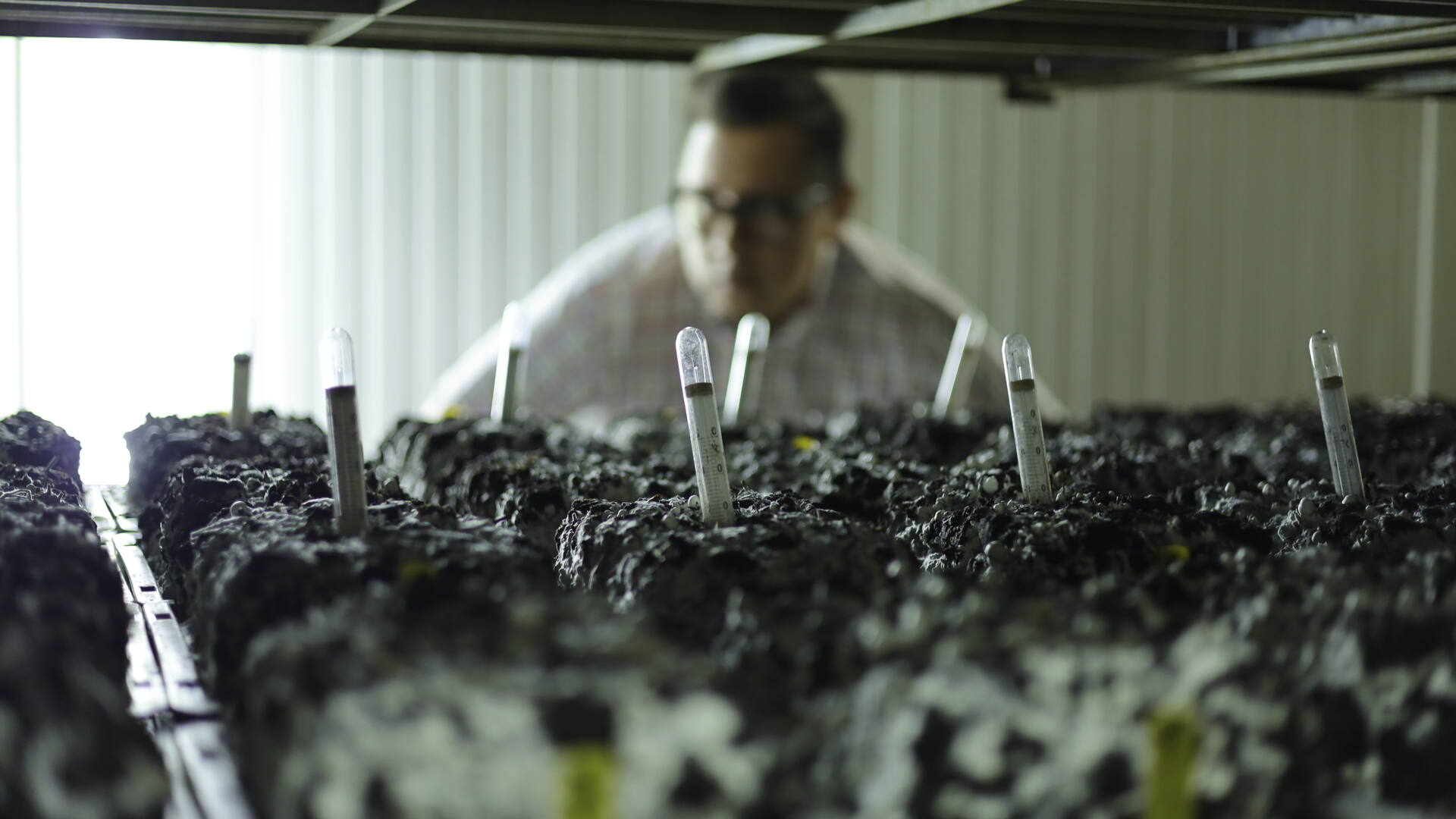 There are two types of mushroom farms, the first is where your everyday grocery mushrooms are grown. Here they need to grow large and flavoursome fungi which need to be hand-picked whole. This process is not without technology as pickers user special mechanical lifts that allow them to pick from each layer of shelves. The second, and far more prominent, are the industrial mushroom farms. These fungi are grown for ready-made foods, pre-packaged foods, tins, and cans. Mushrooms are also processed for their unique vitamins and minerals which can be used for anything from bulking animal feed to creating vitamin D tablet. Check out Mushrooms: The Superfood article in our Grow Magazine (p. 20) to learn more about the various uses of mushrooms now, and in the future. As we do not need to worry so much about the aesthetics of industrial mushrooms, they are mechanically harvested using a special slicing machine that only needs one person to operate. 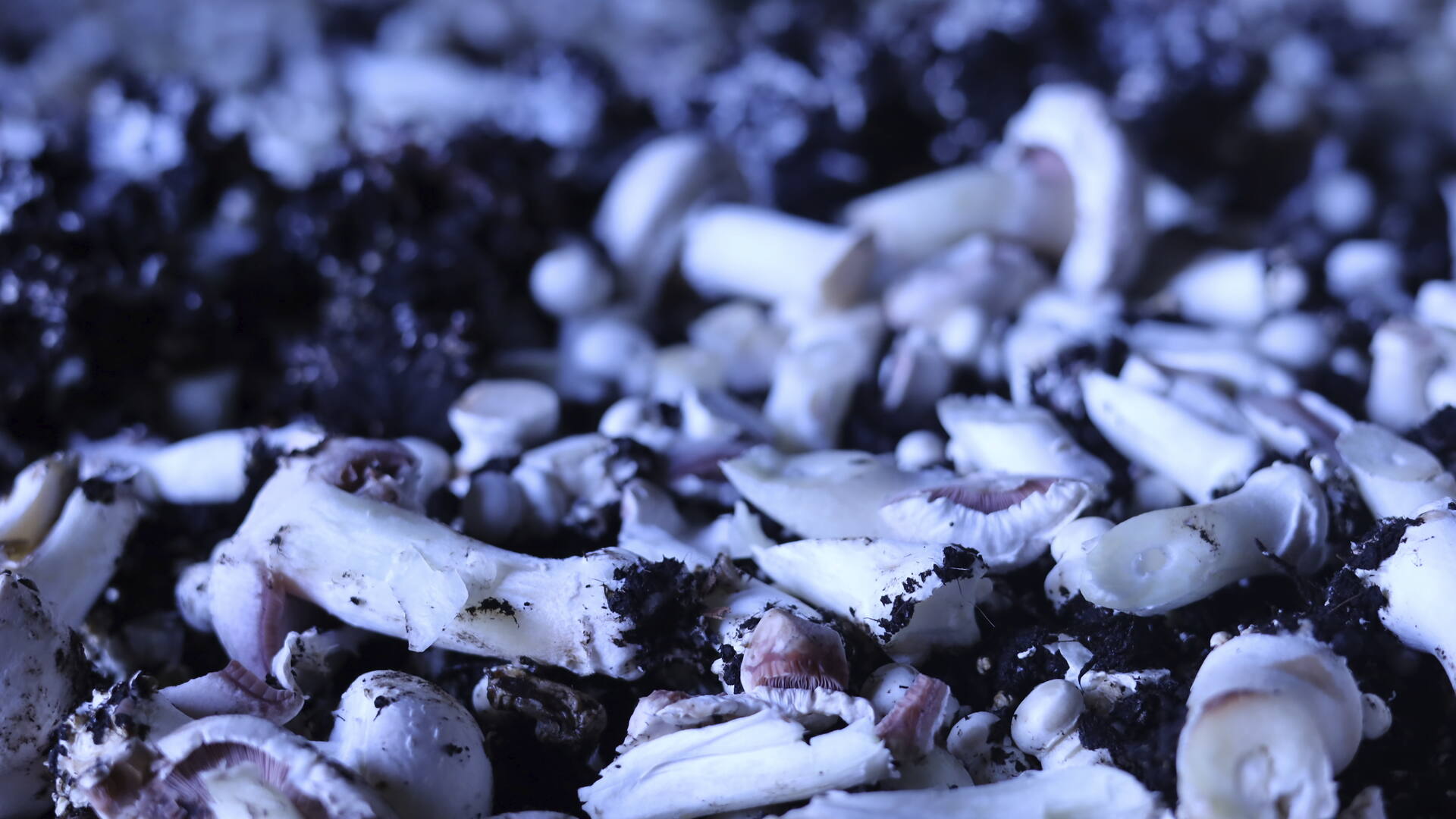 Growers stagger the planting of each of their chambers so they don’t need to harvest from all their rooms at the same time and all mushroom chambers can be cleaned out after each cycle. Therefore, the question is what do we do with the leftover substrate and casing? If you are in the Netherlands, this means a visit from the Mush Comb machine. This is very cleverly designed piece of equipment that swallows up each shelf, separating the substrate from the casing soil so the growing media can have a second life. The casing soil is used by local farms in the area where the substrate is cleaned and processed ready to be used by industrial farms. There are only two machines in the the Netherlands, who rotate regularly in between different farms, meaning each mushroom grower can expect a visit one or more times a week. 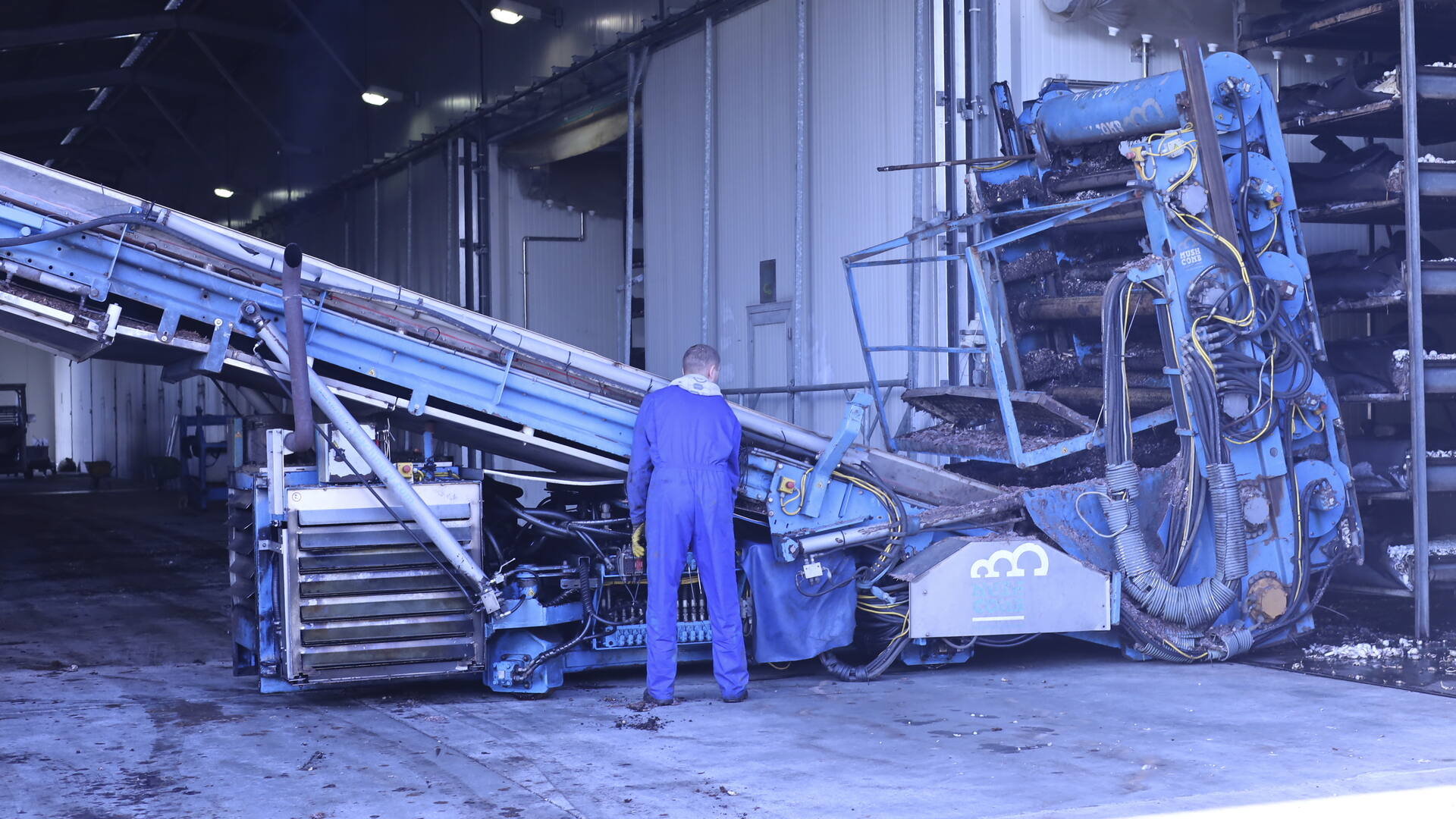 The whole process of mushroom farming obviously takes a lot of heat, electricity, and water, among other things. One company in the Netherlands, Sikes Champignons, have started thinking about the next step in making a circular mushroom economy. They are in the process of building a mushroom compost processing plant, they would take the leftovers from the mushroom compost and heat it to very high temperatures to extract the water and make fertile pellets which can be sold as fertiliser tablets with their lightweight design making them easier to transport. Sikes then started to think about all the heat that is needed and the steam that is being created. What if you didn’t waste the heat, what if you used pipes to extract heat and pipe in back into their mushroom farm next door to help maintain temperatures during the pasteurising process? What if they could use the steam generated to create electricity which they can then use to produce heat? Sikes new composting plant is essentially composed of the philosophy of treating everything as a resource not to be wasted, but to be utilised again and again. Mushrooms themselves are a wonderfully nutritious and relatively sustainable choice for food if we keep working towards making their growing journey more circular just imagine what the future of fungiculture will look like.

A special thanks to Sikes Champignons, Willems BV, Limax and Mush Comb for showing us around and sharing your stories.